You are here: Home / About Us / Meet the Team / Associates

Our principals work together with specialised Industry Associates to bring the best minds to the issues at hand.  By drawing on industry expertise, we bring an added depth to evaluating the external drivers impacting your sector of business and the key aspects influencing the business environment of your peer group. 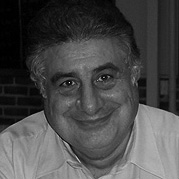 Len Norman is the founder of Conquest Consulting Pty Ltd and the inventor of the SkillSpeak tool.

Len followed a technical career initially within IBM, highlighted by being the first operator in Australia for the new breed of mainframe systems.

After years of training all new operators in Australia, he moved to systems development where he mastered commercial and scientific programming languages and systems design. He was honoured for exceptional customer service when he received a personal letter of thanks from the IBM Chairman in New York.

Len made a move into the field of IBM Education and was soon appointed National Manager of Customer Education. He remained closely associated with Education for the rest of his IBM career holding functional management positions.

In Education, he pioneered many breakthroughs in thinking, including the case for self-study offload from traditional stand-up classroom, the methodology of determining demand for education and subsequent scheduling, the use of strict continuous quality improvement and alliances to pioneer the outsourcing of training delivery.

The issue of measurement to achieve quality has always been a driving influence. Len developed a new way of recording progress by participants in training programs. Many inductees in those streams of training became captains of industry in later years. The ability to correctly identify their emerging talent was a significant factor in their early development.

The need to identify and draw on the best skills available, nurtured an early recognition of the importance of accurately documenting and harnessing the skills held by staff. This had never been effectively addressed. After devising systems to better manage the content, scheduling and administration of training programs, Len was asked to head up a team in Hong Kong to invent and develop a skills assessment tool as marketing support for the Education stream. As a result, a product was created which met its purpose perfectly and was then independently marketed in the USA to great effect.

Following on from this success, Len was given the task of implementing skills management for the main stream of the business. It was in this assignment that the reality of the complexity of managing intellectual resources became evident. The problem was one of gathering accurate and sufficient information, with the full cooperation of staff. In this period, Len invented a suite of tools to deliver much-needed information to the business. These experiences prepared the way for the ultimate tool that has now brought it all together. Every aspect of the tool’s functionality is aimed at solving a problem or answering a question for an interested party. 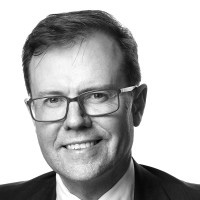 An accomplished board chair and non-executive company director, Andrew is a leader in innovative and effective board outcomes.

His contemporary thinking on governance is underpinned by over twenty years of hands-on experience supporting organisations in the transition to strategic, board-led companies.

His board portfolio not only includes Chairman of Barker Trailers, but non-executive director roles for numerous companies.

Andrew is a member of the Independent Nominations Committees of the Victoria Teachers Mutual Bank and Mildura Airport and Independent Chairman of the Board Assessment Panel of Murray Goulburn.

Andrew is a Fellow of the Australian Institute of Company Directors and a senior facilitator of advanced level programs in Australia and Asia. He holds a Bachelor of Commerce from the Australian National University.